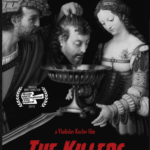 Paolo (played by Franco Nero) is dying of cancer. His grandson Max (Jeff DuJardin) is an attorney for anti-aging companies and a faithful transhumanist, who believes that it is only a matter of time when scientists will learn how to reanimate dead people. He wants to cryogenically freeze his grandfather’s head, so that Paolo will essentially live forever when the technology becomes available. Max’s mother (Sherilyn Fenn) is an alcoholic, wandering Catholic, who sees an immoral side to freezing her father. Enraged, Max accuses Laura of killing Paolo “with her own hands” by standing in the way of the only thing that could save him. A family struggle ensues…

At the age of three, he began stuttering so heavily that he could barely speak. Vlad's parents, concerned about his speech impairment, wanted their son to have a quiet career of an office lawyer, who would work with papers and wouldn't have to talk to people much. But Vlad, an artist at heart, secretly started taking theater acting and directing lessons. Miraculously, the acting lessons considerably improved Vlad's speech.

Vlad left for Hollywood to pursue his dreams.

After several years of working as an extra in Hollywood, and being inspired by watching the biggest directors and actors at work, Vlad decided to make his own movie. His strong resemblance to the silent screen idol, Rudolph Valentino, fascination with Old Hollywood and his speech problem resulted in a conception of a silent film about his childhood idol Rudolph Valentino. In 2006 Vlad directed, co-wrote and produced a 17-minute silent B/W short film "Daydreams of Rudolph Valentino", where he also starred as Rudolph Valentino. The project was funded and supported by Hollywood Forever Cemetery, where Rudolph Valentino is buried. Vlad also showed considerable producing talent as he convinced a number of vendors and industry professionals to donate their equipment, locations, and services to the project.

In 2009 Vlad decided to expand his short film project about Rudolph Valentino and over a period of 10 years, it grew into a feature film "Silent Life" starring Isabella Rossellini, Franco Nero, Sherilyn Fenn, Paul Rodriguez, and Terry Moore. The project is currently in post-production and will be released in 2020.

Vlad is currently working on several other projects - a project titled “Revelation” starring Paul Rodriguez, a story of a comedian who is battling depression; a Hybrid “American Superman” about a man who has been dressing up as Superman to work on the Walk of Fame as a costume character for 25 years and his down spiral into homelessness. The next project in development "D-D-Dreamer" is a "reality feature" which chronicles Vlad's journey as a stutterer immigrant in Hollywood, working on his dream project and opens up the very heart of true indie filmmaking. 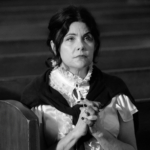 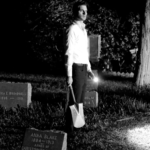