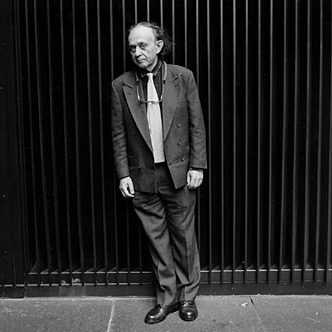 Share
Renowned Boston filmmaker Frederick Wiseman takes us behind some of his acclaimed films in time for the MFA, Boston retrospective.

Frederick Wiseman may be America’s most consistent filmmaker. Over the past 34 years, he’s directed nearly one film a year documenting different aspects of life in America, and each film has unfailingly earned critical acclaim and respect. Critic Phillip Lopate has called this prolific and much lauded filmmaker "the greatest American filmmaker of the last 30 years" in a January 2000 New York Times article.

Wiseman is the recipient of numerous prestigious awards, including membership to the American Academy of Arts & Letters, a MacArthur Prize Fellowship, a Guggenheim Award, and three Emmy Awards. And Wiseman is now receiving the local recognition he richly deserves in the form of a full retrospective at the Boston Museum of Fine Arts, running August through April 2002.

That Wiseman’s work is not as well known as, say, Scorsese’s or Kubrick’s or Altman’s may be explained by way of the usual suspects — that Wiseman doesn’t work in Hollywood (his production company is located in Cambridge), that his works have mostly been shown on television, and that he makes documentary films. But more than that — Wiseman’s documentaries make his audience work. His films lack the standard trappings of documentary film, such as narration, soundtrack music, or subject interviews, which can lead a viewer to make a set of assumptions or conclusions. Wiseman’s images don’t explain or manipulate, and he leaves it to the viewers to make up their own minds.

Wiseman jumped right into the fire with his first film, 1967’s "Titicut Follies." The film, which focused on a state prison for the criminally insane, was banned for more than two decades by the State of Massachusetts. His next film "High School," the retrospective’s opening night selection, was cited by the Library of Congress as a National Treasure. In the years since, this Cambridge resident and former law professor has fixed his attention on late 20th century institutions. Several of his well-known works include the austerely titled "Law and Order" (1969), "Hospital" (1969), "Basic Training" (1971), "Welfare" (1975), "The Store" (1983), "Near Death" (1989), "Public Housing" (1997), and most recently, "Domestic Violence" (2001).

Wiseman’s filmic oeuvre encompasses what he calls an "institutional series." He draws out a theme: "I’m making a series of films about experiences of institution in the U.S. — of ordinary or common experience that a lot of people have." In choosing a topic for his film, he considers American institutions that affect a lot of people, and then: "I pick what I’m interested in. The institution provides the boundaries of the project. What goes on within the frame of the institution makes up the subject of the film."

Before he begins filming, Wiseman doesn’t do a lot of background research about his subject. He says that he may read novels about the subject, if there are any, but mostly, he stresses, "Shooting the film is the research." He works with a handheld camera and tape recorder — usually just a cameraman and himself. Since 1978 he has worked with John Davey as his cameraman. In an interview with Gerald Peary, Wiseman described his filming techniques: "The basis of my technique is to be able to respond quickly and unobtrusively," moving as if the camera and microphone are part of the bodies of director and cameraman.

He spends anywhere from four to 11 weeks shooting an extensive amount of footage while immersing himself in the subject matter. Despite advances in digital film technology, Wiseman says: "I prefer the look of film and I like editing on film. And the quality of digital film doesn’t strike me as being as great." He has generally used color film since 1980, which allows him to shoot in low light conditions, where he would have difficulty using black and white film. Wiseman says: "Shooting the film is an adventure. You have to be very patient!"

The essence of Wiseman’s documentary project comes together in the editing room. "Editing makes or breaks the film," he says, and the process can take as long as a year. It is through his editing that Wiseman’s point of view on the subject of his institutional inquiry gradually unfolds. "Point of view is represented in my films through order," he says. "It’s like the structure of a novel — sequences are arranged in such a way as to express point of view."

Wiseman has "assembled a body of work that could represent the USA in a time capsule," according to filmmaker Jim McKay. His institutional series may equally resemble the literary efforts of another era — the exuberant American epics of Whitman, or the social realism of Balzac and Zola, authors who sought to portray the experience of society so fully that their entire body of work became a complete elegy to their time, part fiction yet part realist reporting. Wiseman’s observational style of filmmaking has created a body of work that takes viewers into the institutions that define life in America. Taken as a whole, Wiseman’s films may be the most accurate portraits of our times.

Wiseman’s future projects include editing his next film, "Domestic Violence II," and then directing his first fiction film, based on "The Last Letter." Wiseman directed this one-character play, adapted from a chapter in a novel by Vasily Grossman, at La Comédie Française and it played recently at Market Theater in Harvard Square.