During a tour of the local nursing home, a stubborn golden ager has to choose between his beloved wife and a charming resident.

New England Connection: The film was entirely shot in Vermont, with actors from the community.

Director(s) Bio:: Danilo Herrera Fonseca was born and raised in Cerrado, the Brazilian savanna. At the age of 14, he made his first film, a one-minute documentary that explored the social inequalities in his city and later won a regional student festival. After high school, he moved to Rio de Janeiro and decided to pursue a diplomat career at the Federal University of Rio de Janeiro. A year later, everything changed when he was admitted to a program by Fundação Estudar, a foundation that supports a very select group of young leaders from all over Brazil to apply to colleges in the US. He enrolled in Middlebury College where he deepened his studies in directing, a path he grew to love and admire, graduating with a full ride and Distinction in Visual Arts. Over the past years, he has explored different stages of filmmaking in order to become a better professional. After a year living in Los Angeles, he moved back to Brazil, where he hopes to continue making movies that speak to his roots, encouraging audiences to connect with his culture through the language of Cinema. 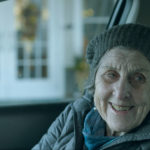