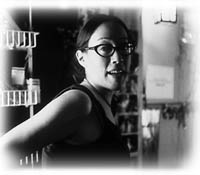 One Punch for the Indies

One of this fall’s most highly anticipated independent releases, "Girlfight" had its Boston premier on September 19 at the Kendall Square Cinema. Opening in limited release on September 29, this film won the Directing Award and the Grand Jury Prize at the Sundance Film Festival, and enthusiastic advance praise suggests "Girlfight" will be this fall’s hottest independent ticket. First-time director Karyn Kusama’s script and newcomer actress Michelle Rodriguez’s fine lead performance bring exuberant life to the tightly constructed story of Diana Guzman, a young Latina woman living in the projects in Brooklyn.

Director Karyn Kusama and Gloucester-based producer Sarah Green were both present at the premier to discuss the film with the packed house. Proceeds benefited the Boston Film and Video Foundation, Boston’s largest non-profit media center, which provides education, equipment, and exhibition as well as other invaluable financial and organizational services to established and aspiring local filmmakers. Proceeds also benefited Wellspring House, a Gloucester community organization offering shelter for homeless families, and support and education for women of limited income to expand their opportunities.

As the film begins, Diana gets in trouble at school for fighting. Diana’s counselor threatens expulsion, but Diana’s expression of hardened disinterest hardly flickers. When her father sends her to deliver the fees for her brother Tiny’s boxing lessons at a local hole-in-the-wall gym, her indifference turns to intrigue, as Diana sees a world where her rage could be more constructively expressed.

Undeterred by the boys-only atmosphere, Diana returns to the gym and announces she wants to train. Her brother’s trainer, Hector, grudgingly takes her on, and is soon impressed by her talent and desire to learn. But she must keep her training secret from her temperamental father, who believes his son needs to learn boxing so he’ll be tough, but has nothing but scorn for his daughter’s problems. These strictures of Latino machismo are reversed when her brother offers Diana his place at the gym while he works towards his own art school dreams.

As Diana’s trainer delightedly revises his view of women in boxing and preps Diana for bouts with both boys and other girls in her weight class, Diana enjoys a blossoming camaraderie with Adrian, another young boxer. Adrian looks at boxing as a ticket out of the projects. However Adrian’s on-again, off-again girlfriend and his occasional pairings with Diana in the ring threatens their haphazard relationship.

In a world punctuated by bells ringing at the end of rounds, so much more meaningful to Diana than the ringing of bells releasing her from school, Diana learns to control and focus her rage with grace, in ways that her father never could. She struggles to be accepted for who she is by her trainer and Adrian, while falling in love with a sport that finally breaks through her angry indifference.

The most striking aspect of this movie is undoubtedly Michelle Rodriguez, who plays Diana. First appearing with her forehead perpetually knit in frustration and anger, Rodriguez’s fierce performance carries the audience through the transformation boxing brings to her life, as she develops confidence, risks the vulnerability of romance, and even smiles. The camera lingers on Rodriguez’s face, picking up every nuance in her expression as she delicately displays her character’s changing perspective. Appearing in her first film role after answering an open casting call for the film, Rodriguez brings great physical and emotional presence to this role. Rodriguez tacked the role head-on, and underwent several months of boxing training to develop the necessary physique and skills.

Santiago Douglas as Adrian, Diana’s soft-spoken partner in love and the ring, brings realism to his character’s budding romance with Diana as he struggles to express new and unfamiliar feelings. Unlike so many teen romance movies, these two really seem to study each other instead of merely falling into each other’s arms by default. Jaime Tirelli plays Hector, Diana’s doubtful trainer, who thoughtfully dispenses aphorisms about boxing and life to his tough new student.

Kusama’s screenplay brings the narrative force to "Girlfight," unfolding the story with a focused simplicity and realism. She wrote the original draft in 1995 in a month as a bet, she says. Once a student of boxing herself, Kusama traveled to gyms in the neighborhoods of Brooklyn where a character like Diana might live, and wanted to portray the experiences that someone from the neighborhood might have in that kind of boxing gym. She revised her work several times before presenting it to producers Sarah Green and Maggie Renzi. Green and Renzi were immediately drawn to the polished screenplay and elicited the help of John Sayles (who Kusama once worked for and who appears briefly in this movie as a science teacher) to get the necessary funding. Since its successful appearance at Sundance, "Girlfight" now has a distribution deal with Screen Gems.

Shot in just 24 days, Kusama had every single scene of "Girlfight" thoroughly storyboarded so no time would be wasted. The control of her direction is evident from the first shot of the film and through the complex choreography of the boxing scenes. Rather than opting for slow-motion punching action familiar from other boxing-themed movies, Kusama chose to shoot bouts partially from a first-person perspective, giving the impression of boxing gloves coming right at the viewer’s face.

The film projects a documentary feel, from jittery circling around sparring bodies to the decrepit gym and gritty projects where Diana trains and lives. Shots of mottoes in cardboard posted around the gym like "Champions are born, not made," and "Winners never quit. Quitters never win," are intercut with the swift motions inside the boxing ring. As Diana learns how to box, the viewer too learns the lingo of the sport and, like Diana, begins to learn to anticipate boxers’ movements.

Kusama has said that with "Girlfight," she set out to show that there are "just as many pissed off girls as boys." But this is far more than just a movie about one girl learning how to box; it is also a domestic drama and a love story. Kusama’s movie portrays Diana’s coming of age, as she discovers herself and grows as a person. "Girlfight’s" excellent writing and crisp direction, plus Michelle Rodriguez’s glowing performance, make this an impressive and nuanced film about one young woman landing solidly on her feet. It’s a remarkable debut for a new director and its young star.