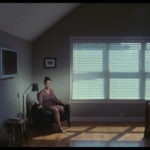 Over the course of a summer weekend, a young married couple contemplate the future of their strained relationship, reflecting back on the times when they were most in love. Starring Abigail Spencer (Rectify, Mad Men, Suits) and Josh Pence (The Social Network, The Dark Knight Rises, Draft Day), Here and Now was selected by Ron Howard as the winner of Canon’s “Project Imaginat1on” Contest.

New England Connection: Writer/director Julian Higgins was born and raised in Hanover, NH. He attended Hanover's Bernice A. Ray Elementary School, Richmond Middle School, and Hanover High School, and went on to earn a BFA in Film from Emerson College in Boston. In addition, lead actor Josh Pence is a 2004 graduate of Dartmouth College.

Director(s) Bio:: Julian Higgins is a Los Angeles-based writer and director. In 2011, his graduate film from the American Film Institute, Thief, won the gold medal Student Academy Award, two Student Emmy Awards, and two dozen other prizes from more than fifty festivals around the world. On the strength of the film, Julian made his television directing debut – at the age of 26 – with one of the final episodes of the long-running Fox drama series, House. While pursuing further TV work, Julian is currently developing several feature and short film projects. His latest short, Winter Light– a modern-day revisionist Western based on a story by acclaimed author James Lee Burke – will be completed this Fall. 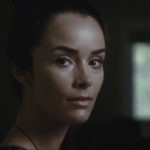