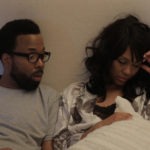 FERGUSON MIDDLEBECKER, an up and coming author and his wife, TIFFANY MARIE MIDDLEBECKER, a well known “shock jock”, and after-hours socialite in the city, are a married couple, who are falling on hard times in their marriage and finances.

Things between the two hit a “boiling point” when Ferguson and Tiffany’s house is suddenly up for foreclosure due to them falling behind on their mortgage payments.

All hope seems lost until REGGIE MAXWELL; Ferguson’s financially successful college friend appears out of nowhere, without a place to stay; along his girlfriend, JOLINE “JO-JO” THOMPSON, who is also Ferguson’s “eccentric” & gorgeous ex-girlfriend.

To save their home from being foreclosed, and their credit as well, Ferguson and Tiffany both make a deal to have Reggie and Jo-Jo stay with them, to help pay their mortgage back payments off in five days.

Secret truths, attractions, and sparks all become revealed as two couple’s lives are suddenly at a crossroads, and the decisions they both make will affect them, and everyone around them, both personally, and financially as well. 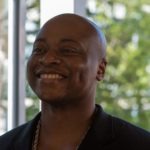 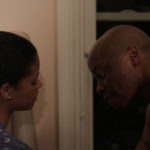