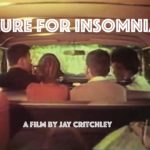 Ed Morgan and family go for a ride through the forest and meet Smokey the Bear. After Joanna Cassidy delivers a public service announcement, Ed starts a fire with his cigarette butt. The children plead in song for a country up in flames as the fire is engulfed by surging seas. Alfred Hitchcock provides the perfect antidote.

Director(s) Bio:: Jay is a longtime resident of Provincetown and the shifting dunes, landscape and the sea are his palette. He has utilized sand, Christmas trees, fish skins, plastic tampon applicators washed up on beaches, pre-demolition buildings and selected sites in his work. He is a conceptual and multi-media artist, writer and activist whose work has traversed the globe, showing across the US and in Argentina, Japan, England, Spain, France, Holland, Germany and Columbia.

He recently gave a TEDx Talk: Portrait of the artist as a corporation

At Jay’s two-month residency at the Santa Fe Art Institute, he created, The Whiteness House: tarred & feathered about race, ethnicity and whiteness Other residencies include Fundacion Valparaiso, Mojacar, Andalucia, Spain, CAMAC, Marnay-sur-Seine, France, and Harvard University where he has also lectured.

His movie, Toilet Treatments, won an HBO Award and his 2015 survey show at the Provincetown Art Association & Museum traveled to Florida Atlantic University in Boca Raton, FL. He has received awards from the Boston Society of Architects and the Cooper Hewitt, Smithsonian Design Museum in NYC for his environmental projects.

Jay was honored in 2012 by the Massachusetts State Legislature as an artist and founder and director of the Provincetown Community Compact, producer of the Swim for Life, which has raised $6.5M for AIDS and women’s health. The 2019 event is September 7.

Jay is teaching a weeklong workshop at Castle Hill in Truro, July 28- Aug 4, and giving a public lecture on July 30, both entitled, Democracy of the Land.
www.jaycritchley.com