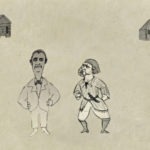 A showdown between two motley characters.

Director(s) Bio:: Steven Subotnick is an animator and artist living in Providence, RI. His films have received international awards, and his work has been included in competitive and curated shows at festivals, museums, and galleries around the world.
His inspirations are diverse, from folk tales to history to the expressive gesture of a hand-drawn line. In each case, he builds the film by instinct and association, incorporating the process of thought into each project's final form.
Steven is also a dedicated teacher, committed to encouraging and developing new animation talent. He is currently teaching at Rhode Island School of Design, Brown University, and Massachusetts College of Art and Design. 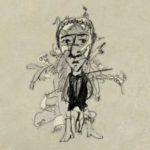