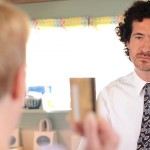 New England Connection: The entire cast and crew lived in Maine, at the time of shooting.

Director(s) Bio:: Chek Wingo is the editor and cinematographer of The Penobscot: Ancestral River, Contested Territory (Maine Public Broadcasting Network, New England Documentary Emmy Award Nominee). He has directed several short documentary films, is an award-winning nature photographer, and serves as audio engineer at the Pierre Monteux School for conductors and orchestra musicians. He grew up in Washington County, graduated from Colgate University, and now lives in Blue Hill, Maine.

Budget: $80 for lunches and water.

This Time It's Shopping 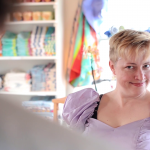 This Time It's Shopping