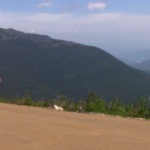 “It’s not just uphill, every step is uphill.” What is this mountain running phenomena and how can there be a 50-year history of running up New England’s arduous and tallest peak? Running the Rockpile takes you up just one hill for the climb of a lifetime.

New England Connection: The film centers on the Mount Washington Road Race in the White Mountains of New Hampshire. John Stifler, Dave Dunham, Howie Wemyss, and John J Kelley are all from New England. And 100% of this film was shot and edited in New England.

Director(s) Bio:: An avid runner and adventurer, Kate Avery has been following and telling stories with a camera since she was nine. This is her first theatrical release. With a passion for history, Avery's projects convey ideas, patterns and stories to a wide range of audiences through the film medium. It is her hope to inspire critical thought processes in the quest for both simple and complex truths. Outside of filmmaking her passions revolve around craft beer, kayaking, and VW Jettas. Stay connected with Avery’s upcoming projects at kitchentabledocs.com. 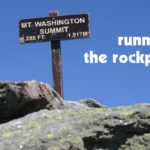