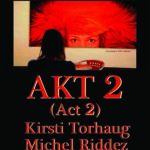 Director(s) Bio:: Writer/director Robert Fritz is also a best selling. He studied composition and theater at The Boston Conservatory of Music, where he earned a BM and MM in composition. As a filmmaker, Fritz studied cinematography at the Rockport Workshops, and directing with Jim Pasternak. Fritz has directed many theater productions. He also has made documentaries for government, industry, and television, has written and directed six feature films and one dramatic short. He has directed and co-hosted Creating (a TV series made for a Canadian Network), directed episodes of the PBS series LeaderTalk with Garrison Krause, for which he also composed the theme music. Fritz wrote and directed the TV series Vermont Stories. He created She Was A Dancer, a multi –media work commissioned for the Brattleboro Museum and Art Center.

His feature films include OVERLOAD (2009) which won 14 awards and laurels, including Best Film, Best Screenplay, Best Original Score, and for lead actress Katherine Partington, Best Actress from The LA Movie Awards (made for TV.)
His dramatic Short AKT 2 (2013) has won The Grand Jury Prize and the Audience Choice Award at the Woods Hole Film Festival, The Audience Choice Award at Artisan Festival International Cannes World Cinema Initiative for 2013, Nominated for Best Short at the International Film Awards Berlin, and several others laurels and awards.
TWICE… a feature film (2012) has won 9 awards and laurels, the feature film PAST TENSE (2013) has just entered into the festival circuit, but has already won an Accolade Award from the Accolade Competition, and Natalie Neilson, who plays the lead, has won their highest honors, an Award of Excellence. The film has also been chosen for The Hollywood Weekly Magazine Film Festival and has won top honors, Best Feature Film, at the Honolulu Film Awards. Robert Fritz has also won a bronze medal at the Global Music Awards for his original score for Past Tense. Natalie Neilson also won top honors, an Award of Excellence from The Indie Fest, as did Past Tense as a feature film. Robert Fritz won an Award of Merit for his script. Also, the film is an official selection for the Columbia Gorge Film Festive. Natalie also won a Gold Award from the International Independent Film Festival, Past Tense, itself, won a Silver Award, and Robert has won 2 Silver Awards, one for the script and another for his original score.

Chasing Rainbows, A dramatic musical, this was shot this past summer and fall, and brought two great artist together, Kirsti Torhaug (AKT 2) and Natalie Neilson (Twice, Past Tense) as mother and daughter. The film is just finishing post production, and is a powerfully dramatic story about a girl who finds she was adopted and goes on a search for her real parents. Kirsti plays a nightclub singer, and, as well as being an accomplish actor, began her career as a jazz singer in Sweden. The arrangements for the club scenes were written by James Argiro who was music director for the Sonny and Cher TV show, Leslie Uggams, Carol Channing, and a host of others. Natalie has had an amazing year, wining top awards for her performances, and, in this new project, working with Kirsti.

As a composer, Fritz has won commissions from groups such as Boston’s Collage - New Music and Dutch Radio. He has studied on scholarship at the Darmstadt (Germany) Institute for New Music. He has composed music for film, TV, and theater, as well as CD’s. He also composed the score for OVERLOAD. Two of his arrangements appear on Celtic Ladies, which topped Billboard Magazine (2007-2008 World Music.)

His best selling books include The Path of Least Resistance, Creating, Corporate Tides, The Path of Least Resistance for Managers and Your Life as Art. His book, The Managerial Moment of Truth, co-authored by Bruce Bodaken, was selected as one of the best business books of 2007 by Business Week magazine. His latest book, Elements-The writings of Robert Fritz is a collection of many of his best-loved articles. His publishers include Simon & Schuster, Ballantine Books, Berrett-Koehler, and Newfane Press. Fritz’s books have been translated into German, Dutch, Swedish, French, Portuguese, Chinese, and Korean.

Fritz lives in Vermont with his wife Rosalind, who is one of the executive producers for his films. 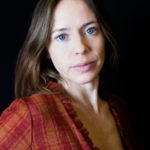 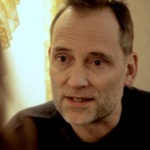