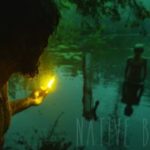 A boy goes on a quest to capture the sun.

New England Connection: A majority of the film was shot on the shores of Lake Winnipesaukee, NH. Clay Story, the boy, and Henry Roosevelt both attended a summer camp, Camp Tecumseh. Henry was up visiting in 2012, discovered Clay in the dining hall-- and began filming test footage on his new camera (Red Epic) . After a few weeks of filming -- the story for Native Boy began to take form. Several Councelors, including the fireman- were actors as well.