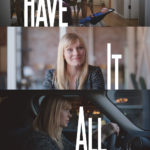 New England Connection: Katie Locke O'Brien was born in Portland, Maine and from the time she was 2, she was raised in Hampstead, NH. She attended Pinkerton Academy in Derry for high school (go Astros!) and spent most of her youth performing at theaters around New England, from the Amesbury Playhouse to Seacoast Repertory Theatre. She went to Boston for college, and after graduating, moved to NYC and eventually LA. But her whole family is still in New England, and she is still 100% a New England girl, holding down the Sox and Pats cheering section at various LA sports bars and coming back often to visit!

Katie has directed short films “Lone Douche” and “Discard,” both of which had festival runs, and her 2018 short "Have It All," which she also wrote and in which she stars, was a finalist for HBO's Insider Comedy Short Challenge at the Women in Comedy Festival, a semi-finalist for the NBCU Short Film Competition, and won the Jury Prize for Narrative Short Films at the Napa Valley Film Festival. She was recruited to direct the pilot presentations for “Bryan Callen Saves the World” starring Bryan Callen (“The Goldbergs”) and for “Clean State” starring comedian Ismo Leikola. Katie was selected for the 2018 inaugural class of NBC’s Female Forward Initiative for female episodic directors and has directed episodes of NBC’s A.P. Bio and the upcoming Perfect Harmony.

As a writer, Katie was featured on the prestigious Young & Hungry list in 2017. She co-wrote and produced the award-winning festival short “The Real Truth Behind the Real True Story.” That team also collaborated on the feature dramedy "The Thing Before the Thing,” premiering in early 2019. Additionally, Katie developed comedy series with IFC and ABC, and she has a new digital series in development with Blue Ribbon Content.

Katie graduated from Harvard University with a degree in English and American Literature and Language. 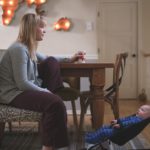