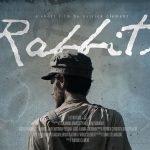 Set in 1914 Kansas, a desolate farmer finds a young woman along a dirt road. A rabbit earring makes him question a recent hunt and a reluctant trip into the family home overwhelms him.

Director(s) Bio:: Patrick Clement is originally from Portsmouth, New Hampshire. Working in Boston he gained notoriety for his punk record label, FNS Records. He graduated from The University of Kansas in 2015 and began the prestigious Di­recting M.F.A. Program at Columbia University in New York City. His most recent short film "Rabbits" won Best Student Short at the New Hampshire Film Festival, Best Kansas Short Narrative at the 2017 Tallgrass Film Festival and Best Picture at the Asheville Film Festival. www.PatClement.com 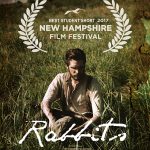 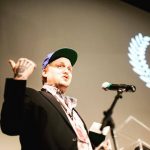