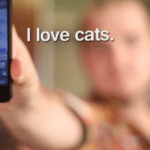 Things get confusing when you flirt over text.

New England Connection: The film was made for, and the winner of, the 2013 Providence 48 Hour Film Project.

Director(s) Bio:: Kyp Pilalas has been making films for 10 years in his New England home. He and his team, Wax Idiotical (waxidiotical.com) have made made twenty four 48 Hour Films and have won over 50 awards at the competition including Best Film of a city 5 times. Wax Idiotical is currently in preproduction on their first feature, Writer.