The dynamics of the stormy love affair between legendary artists Man Ray and Lee Miller are expressed through the varying rhythms of two metronomes bearing images of their eyes. When in sync the dual eyes appear as those of a single face—at other times the pendulums become swords sparring with each other. Drawing on Man Ray’s Object to be Destroyed and photographs they took of each other, DUÆL: Lee + Man captures Man Ray’s lifelong obsession with Lee Miller as it was expressed through the dozens of metronomes he created of her.

New England Connection: Anthony Sherin was raised in New Jersey,graduated from Boston University and lives and works in New York. Tabitha Vevers was born in New York and raised primarily in Massachusetts. She graduated from Yale University and lives and works in Cambridge and Wellfleet, MA.
DUÆL: Lee + Man began as a sculpture created by Tabitha in her Cambridge studio. She originally made a mockup of a small flipbook to show the metronomes in motion, but soon saw the light and teamed up with professional filmmaker Anthony Sherin to create the film. It was shot in Cambridge, MA by Anthony with Tabitha choreographing the “cast” of metronomes and lighting by Neil Goodwin. It was edited in New York in Anthony’s studio with color correction by Steve Pequignot.

Director(s) Bio:: Anthony Sherin's film, Solo, Piano-NYC, was selected as one of the outstanding photo projects of today by the 2013 Look3 Festival of the Photograph and was featured in the New York Times’ Op-Docs Series. Solo, Piano-NYC, winner of eleven awards, is screening at festivals around the world.
His documentary, Original Intent: The Battle For America, aired on PBS.
Anthony trained with several Academy Award winning film editors and is himself an accomplished editor. His editing credits include The Cure (Universal), A Soldier's Sweetheart(Paramount/Showtime), and First Time Felon (HBO). He edited One Year Lease, winner of the best short documentary award at the 2014 Tribeca Film Festival.
Tabitha Vevers was recently honored with a mid-career retrospective, Narrative Bodies, at the deCordova Sculpture Park + Museum, as well as grants from the Pollock-Krasner Foundation and the George + Helen Segal Foundation.
Tabitha has exhibited internationally, most recently at the Belvedere Museum in Vienna, and has work in numerous public and private collections. She has received painting fellowships from the Ballinglen Arts Foundation (Ireland), Oberpfälzer Künstlerhaus (Germany), Fine Arts Work Center, MacDowell Colony, and Skowhegan School of Painting + Sculpture.
She is represented by Lori Bookstein Fine Art (NYC), Albert Merola Gallery (Provincetown, MA) and Clark Gallery (Lincoln, MA). 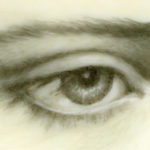 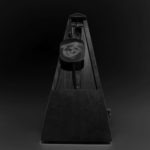