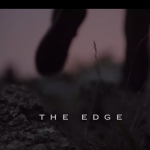 Sharks have fascinated Joe Romeiro since childhood. He learned to dive as a tool to experience the power and mystery of sharks first hand. Joe wants to use their experiences to help show others that many species of sharks are threatened, and some even face extinction. He portrays sharks the way they see them, as beautiful and awe inspiring creatures that are an important and critical element of our oceans eco-system.