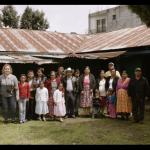 The land between family and community.

New England Connection: Marylys is from Lynn, MA and attended Raw Art Work's Real to Reel Filmschool in Lynn, MA. She is currently pursuing a film degree at Syracuse University but stills comes back to Massachusetts every summer.

Director(s) Bio:: Marylys Merida is 20-year-old filmmaker from Lynn, MA who is currently attending Syracuse University for film. She was fortunate enough to make this film through a grant awarded to Raw Art Works (Lynn, MA) by Adobe's Project 1324. She is on the verge of breaking every rule in order to become a respected female filmmaker. 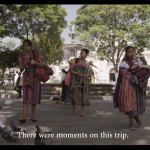