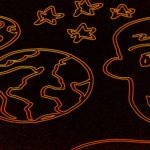 An animated short about a teen’s triumphant, touching and often hilarious adjustment after losing his eye in a fireworks accident.

New England Connection: R. Jim Stahl (writer and narrator and musical score) lives in Rhode Island and is the editor of Merlyn's Pen and the New Library of Young Adult Writing, both founded in Rhode Island.

Originally from Australia, he now lives in New York City. His philosophy is "search for an interesting life."

For more information please see his website at JackFeldstein.com or
http://en.wikipedia.org/wiki/Jack_Feldstein