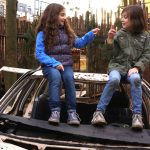 “Imagine Kolle 37” is a short documentary/narrative hybrid film about two girls who imagine their way to Kolle 37, a real adventure playground in Berlin, Germany.

Recently called “the mother of all Berlin playgrounds” by The New York Times, Kolle 37 enables children to build and climb three-story wooden structures, make fire, and use hammers, saws and axes. Founded in 1990, Kolle 37 invites young people ages six through sixteen, without their parents, to embrace risky play in the “adventure playground” under the loose supervision of playworkers.

Although about 1,000 adventure playgrounds exist in Europe, there are only a few in the U.S. where the concept of “free play” is becoming an endangered concept. But adventure playgrounds not only encourage young people to play outdoors in all seasons, they also provide children a chance to face risk, learn skills, and build confidence.

Ultimately, “Imagine Kolle 37” poses the question—can we, as Americans, imagine Kolle 37, which in fact is a real children’s playground in Berlin?

Director(s) Bio:: Michele Meek is an award-winning filmmaker, writer and educator. She has written and directed several narrative and documentary short films, including “Red Sneakers,” which won the 2nd Place Children’s Film Award at the Rhode Island International Film Festival and screened at numerous film festivals across the country, including the Los Angeles International Children’s Film Festival, the Woods Hole Film Festival and the New Hampshire Film Festival. Since 2008, her films have screened at the Anthology Film Archives in New York, Kendall Square Cinema in Boston, and the Somerville Theater near Boston.

Michele founded NewEnglandFilm.com, which is now a leading online resource, magazine and film festival for the film community in New England. She also led the transition of the 30-year-old film magazine, The Independent, to the nonprofit Independent Media Publications where she remains a board member.

Michele received the 2005 Baldwin Award for Alumni Recognition in Film & Video by Boston College and the 2000 Image Award for Vision and Excellence by Women in Film & Video New England. Her successes have been lauded in Inc. Magazine, National Public Radio, and The Boston Globe, and Rhode Island Monthly. She co-edited the book “The Independent's Guide to Film Distribution” in 2014, and she has written on film in both scholarly journals and industry publications including MovieMaker Magazine and Indiewire. She has also taught film and gender studies at Boston College, Emerson College, Massachusetts College of Art and University of Rhode Island. 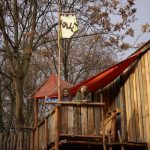 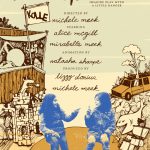