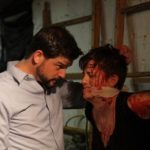 M is for Mundane stars John T. Woods (V/H/S/2, Mega Snake) as Winston, a regular guy with a boring life – sleep, eat, work, repeat…until it’s revealed that there’s something a bit different about his everyday habits.

New England Connection: M for Mundane was produced by Wicked Bird Media, a Boston production company dedicated to creating and developing New England-based projects that are entertaining and inspiring. Founded by Stacy Buchanan and Jessica Barnthouse, Wicked Bird Media is currently in production on Something Wicked This Way Comes, a documentary focusing on horror in New England.

Director(s) Bio:: Andrea Wolanin was born and raised in Worcester, Massachusetts, which may well account for her passion for all things dystopian, eerie and grim. A youth of living in the woods, attending Catholic school and obsessing over film has led to a curious outlook on life that results in surreal fantasies both ethereal and hideous. M for Mundane is her first film, with her second, Penta, expected in Fall 2014. 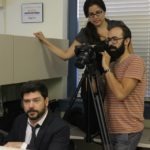 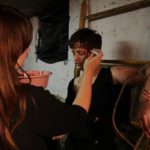