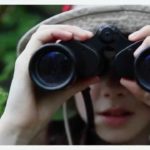 Annie, fed up with how she is treated at home, runs away. She does however, make sure to write to her family, providing explanation of her departure, and the grand visions of the life in front of her.

New England Connection: Sarah grew up in Connecticut, where Dear Family was shot, and attended boarding school in Massachusetts. She worked for a couple small production companies in Boston during this time, and after graduating, did freelance film/photography based out of Somerville, MA before moving to Los Angeles.

Director(s) Bio:: Sarah is a student attending the USC School for Cinematic Arts in Los Angeles, majoring in film & TV production. She is currently working on production for Sesame Street as an intern, as well as a few personal projects.