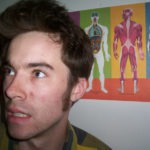 Mild-mannered Ned Swanburg’s evening is ruined when he accidentally runs over his time-traveling future self while driving home from the corner gas station. Aided by Verne, his ne’er-do-well roommate, Ned takes the atomic-powered Time Suit from the body of his future incarnation and attempts to rewrite history. Will he succeed in his desperate mission to save his own future, or will he ruin the timeline forever, breaking the laws of physics and hurling himself headfirst into a never-ending paradox of madness?

Director(s) Bio:: Separately, Chico Eastridge, Drew Peberdy, and Ben Peberdy are but mere mortals. Together, they are Team MALONE!, a determined organization dedicated to the creation of quality film shorts. MALONE! made their debut at the 2010 48-Hour Film Slam in Bradford, Vermont, where their entry picked up the "Best Directed" prize and placed second overall. Their endless quest continues... 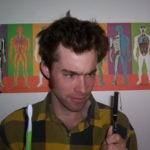