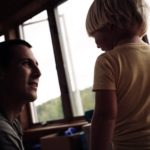 Shape of Things to Come gives viewers an exhilarating and heartwarming glimpse into the life of Nick Zammuto, professional recording artist as he balances his passion for music with his devotion to his growing family. The first part of the documentary focuses on life at the Zammuto homestead in rural Vermont as he and his wife expect their third child. It resumes six months later as Zammuto’s new band prepares for its first show at Mass MoCa.

Director(s) Bio:: Matt Day is a self-taught filmmaker from Burlington, VT. After graduating from the University of Vermont with a degree in Entrepreneurial Business in 2011, he filmed the first music videos and documentaries that would eventually comprise his "NakedMusicians" and "A Day With" series. In March 2012, he established Wondermind, a digital cinema production house in downtown Burlington whose current projects range from national television commercials, music videos, and documentaries. 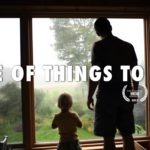