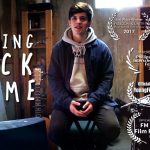 Sade Bolger is an 18-year-old musician from Vermont. Recently having come out as non-binary, this documentary highlights Sade in relation to their passion for music, their unapologetic authenticity, and their place in Vermont in a genuine endeavor to influence the future, both online and in-person.

Looking back at Me highlights Sade as they represent and give voice to the trans and nonbinary people in the world who constantly combat stigma and erasure. By telling their story, Sade displays the intersectionality between identities, passions, and the places you call home.

New England Connection: Alex Escaja grew up in Vermont and recently graduated from South Burlington High School. Alex will be a Film and Television Studies major at the University of Vermont this fall as an incoming first-year student.

Director(s) Bio:: Alex Escaja is an award-winning filmmaker, an advocate for the LGBTQ community, and a first-year student at the University of Vermont. Growing up in a multi-lingual household, Alex was exposed to different cultures and viewpoints at an early age. Alex found films to be a perfect platform to express social issues in a way that establishes connections and fosters empathy between people of different backgrounds. Their first film won a video contest hosted by NASA in 2013, and Alex has produced videos ever since, winning a variety of local and national film contests throughout the years – including a recent screening at the 2017 YoungFilmmakers Series in New York City. Outside of film, Alex works alongside an assortment of organizations, including Outright Vermont and Planned Parenthood, as an advocate and peer educator for LGBTQ youth. Alex is a Student Representative Board Member and Youth Leadership Council Member at Outright Vermont, where they tour as a panelist and advise educators on the importance of inclusivity in classrooms. Alex led as the president and founder of their high school’s Gender and Sexuality Alliance Club, interned through the South Burlington Big Picture Program, and is currently developing their portfolio to pursue a career in the film industry. 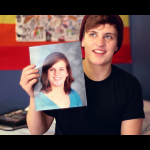 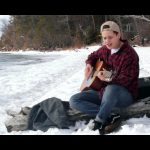