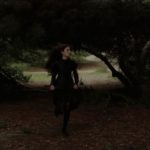 In this musical re-imagining of Hansel and Gretel, the witch serves as a mother figure to Gretel. But when Gretel discovers that the Witch plans to eat Hansel, she has to decide between her old family and her new one.

New England Connection: The writer/director, M Connor Leahy, was born and raised on Cape Cod. He lived in East Falmouth and attended high school at Sturgis Charter Public School in Hyannis. The composer, Parker Davis, is a student at Berklee in Boston. 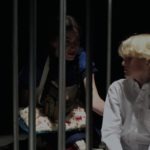