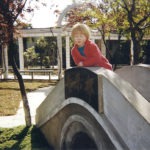 Raising Emma examines the life of Emma, an adopted Asian American college student. Her story leads us from her experiences in an orphanage in China to growing up with her American family in Chicago.

Director(s) Bio:: Jeffrey Lin is a recent graduate of MIT with a degree in Architecture. Outside of architecture, he has been exploring interests in film making and product design. This is his first documentary short film.