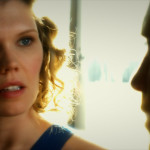 Pete’s in love with his roommate’s girlfriend, a beautiful, quirky, and charming girl named Alex. They are never apart. They are best friends. And she is madly in love with the most effeminate heterosexual heartthrob since that guy from the Partridge Family. But as far as Pete can tell, this is her only flaw. Through hilarious flashbacks and Pete’s own commentary, we journey with him through the all too familiar anguish of enduring a friendship that you know should be so much more. With self-deprecating humor and insightful rants on what it means to be “right” for someone, Pete represents the hopeless romantic and loveable loser in all of us.

New England Connection: Our lead actor, John Forest, is from Nashua, New Hampshire. Our writer, Kerry Carney, was born and raised in Boston, MA, and received her BFA in theatre from the University of Rhode Island. And finally, the director, Chris Akers graduated from Amherst College in Amherst, MA.

Director(s) Bio:: Chris Akers grew up in Washington D.C. and received his B.A. at Amherst College. Soon after college he began working and studying as an actor in New York City. After gaining experience and credits, Chris moved to L.A. where he continued to pursue acting, landing roles in television, film, theater, and commercials. He quickly fell in love with the storytelling work that went on behind the camera, which led him to Lightstream Pictures, where he worked as an apprentice and creative assistant to award-winning Australian Director, Paul Currie. Chris was extremely fortunate to be exposed to all areas of directing and considers Lightstream an exceptionally valuable training ground. Chris is currently working on a follow up short film called Gentle Rain in addition to developing a feature. Wanting Alex is Chris’s directorial debut. 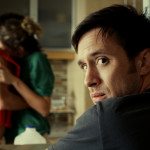