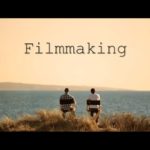 New England Connection: While shooting the local independent feature Off Season, in Falmouth, MA with the local production company Moody Independent, Aidan Rea Payne and Daniel Brito (both local filmmakers) decided to make a short film. On their day off they went down to the beach overlooking Martha's Vineyard, and with the help of more local filmmakers from Off Season, made a short about what it means to be a budding filmmaker in New England. Although Aidan Rea Payne currently lives in Boston MA and Daniel Brito lives in Milford, CT, both hail from Worcester MA.

Director(s) Bio:: This is Aidan Rea Payne’s 2nd short film since graduating with a Bachelor’s degree in Drama from Queen’s University in Kingston Ontario in 2012. His other short, Give Up Charlie! won the Homebrew Award for best local short at the Kingston Canadian Film Festival in 2012. 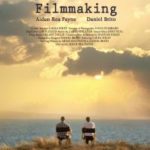