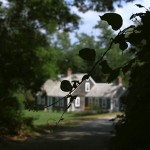 As his Alzheimer’s progresses, Greg O’Brien prepares to sell his family home.

Director(s) Bio:: Amanda Kowalski is a photographer and filmmaker who specializes in documentary style imagery and short, narrative films.

Samantha Broun is a radio and multimedia producer and the Managing Editor for Transom. She works with Atlantic Public Media on all projects including the Transom Workshops.

In 2010 co-founded SoundLight Media through which they collaborate on short films like this one. 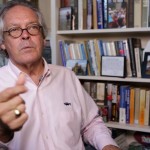