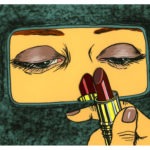 A woman travels in a car toward her own death. Along the way memories, visions, and a couple of talking animals crowd her consciousness. The film is a ride through the disparate images of her mind’s eye and a quest to piece together her life’s meaning.

New England Connection: Julie Zammarchi was born, raised and continues to live and work in New England.
P. Andrew Willis, the composer/musician who made the soundtrack lives in New England as well.

Director(s) Bio:: Julie Zammarchi has been creating animation for most of her adult life. Her award-winning independent films have been screened at film festivals and theaters worldwide.
She has also worked with various clients and producers to make
films for the web, children's television, commercials, documentaries and museum installations.
Zammarchi also works as an educator. She is currently teaching at Montserrat College of Art. 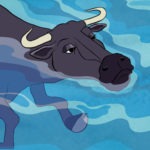