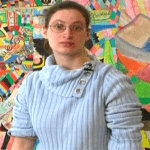 Inside the Outside: A Profile of the Top Drawer Art Center takes a look at an innovative Rhode Island-based arts center serving the developmentally-disabled population. Understanding that the Top Drawer Art Center is a microcosm of the larger ‘outsider art’ movement, the film reflects on the artists’ place in society and in the art world at large. The immediacy of the artists’ work, their lack of self-consciousness around making it, and the experimental use of materials become a source of inspiration for the artists and the people around them. Three of the art center’s nationally-recognized artists Brian Lamora, Emmitt Estrada, and Katrina Cathcart are featured prominently. This film won 2nd place in the 2008 Providence Film Festival.

Director(s) Bio:: Leigh Medeiros, a self-taught screenwriter and filmmaker, is a 2010 RISCA Screenwriting Fellow for feature script "Bird Song" which is currently under option and slated for production in 2011. Her short doc "Inside the Outside" won second place in the 2008 RIIFF Providence Film Festival. Her latest short doc, "Beyond the Movement" is in post-production. Medeiros taught screenwriting and film production at RISD in the Continuing Education program from 2006-2008. She continues to teach in various workshop settings and also works as a story analyst through her company Silver Wing Script Services. 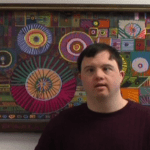