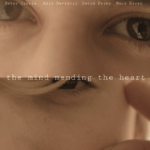 Seventy-eight-year-old Elenoir wanders through her home while having nostalgic delusions of her past. These delusions lead her to face the trauma that caused her to lose her mind.

New England Connection: A newlywed and recent college graduate, J. made the move to Montpelier, VT in the fall of 2015. J. was drawn to Vermont not only for it's natural beauty but also for it's embracing creative community. After living in Montpelier for a few months J. had her first short "Elenoir" debut at the 2016 Green Mountain Festival. J. continues to live and create in the green mountains and is currently writing her next short film which she plans to shoot in central Vermont.

Director(s) Bio:: Melissa J. Kosmaczewski is an independent filmmaker from a lake town deep in the Pocono mountains. She uses her life experiences to visually paint stories that resonate deeply in the hearts and minds of those who watch them. J. is a graduate of the Drexel University Film and Video program. Her ability to visually communicate empathy resulted in the beautiful short film "Elenoir", which was an official selection of the 2016 Green Mountain Film Festival. Currently, J. is living in Montpelier, VT where she is in the process of writing her next short film. 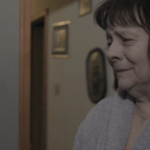 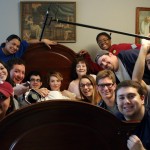 Cast and crew of "Elenoir" getting cozy before shooting the final scene.