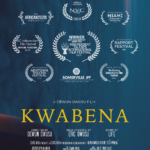 Narrated & captured by filmmaker Déwun Owusu, the short film ‘Kwabena’ drops you in the middle of a once in a lifetime event. Powered by mystery, revelation and raw emotion, ‘Kwabena’ expressively captures an extraordinary human experience that sticks with you long after the conclusion of the short.

New England Connection: Currently living and working in Boston as the Director of Cinematography at Weber Shandwick.

Director(s) Bio:: Ghanaian-American filmmaker Déwun Owusu is a visual specialist with over a decade of experience producing award winning content that spans a multitude of industries and continents. As a professional content producer, Déwun got his start in narrative film and music videos. Because of this, Déwun has grown to have the signature of stylized visuals, inimitable pacing, and stout story-telling in all of his work. Pulling inspiration from his heritage, Déwun looks onward to directing his first feature-length documentary film, that takes place in the western region of Africa.