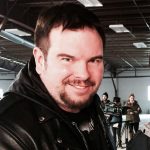 Mike Messier is a 34 Award-winning producer, screenwriter, Director, TV host and Actor , most recently winning an Award from The Alternative Film Festival. Mike is also an experienced playwright, Acting Coach , Live Event Host and guest speaker . Here is Mike’s IMDB page. Disregard the Vampire – A Mike Messier Documentary has so far won nine awards in various categories. Mike has re-imagined some of the characters into the world of Distance from Avalon which he has since written as a stage play, screenplay and novella. The Distance from Avalon story has also lead to a short film and photography festival called Avalonia Festival , a FilmFreeway Top 100 Best Reviewed Festival As an Actor, Mike has shared scenes with Meryl Streep & Elisabeth Shue in Hope Springs , Mario Van Peebles, Wesley Snipes & Cybill Shepherd (as her son) in Hard Luck, Frances McDormand & Richard Jenkins in Olive Kitteridge among others. Accolades include two screenwriting awards for Fight or Play Basketball, a coming of age feature film screenplay, back to back awards for his short films Thanksgiving and Breakfast with Kurt from Nassau Film Festival and a Regional Associated Press Award and a Regional Emmy nomination as an Associate Producer on Haiti: Triumph, Sorrow and the Struggle of a People.