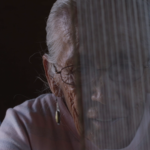 In the heart of Crystal New Mexico, renowned Navajo Master Weaver Irene H. Clark lives with her family. Passing forward the artisan knowledge of her mother Glenebah Hardy, Irene and her children teach us what it means when a strong connection with one’s heritage, landscape, and family is woven together to create beautiful artwork.

Director(s) Bio:: Dan first began his exploration of filmmaking while exploring the American Southwest through a journal, camera, and a pair of hiking boots. As an outdoor educator, he developed a passion for cross-cultural communication, oral storytelling, and civic issues; all meaningful lived experiences he brings to his work at WGBH World Channel, Northern Light Productions, and other independent documentary projects. 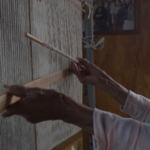 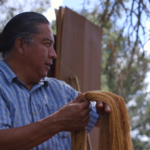