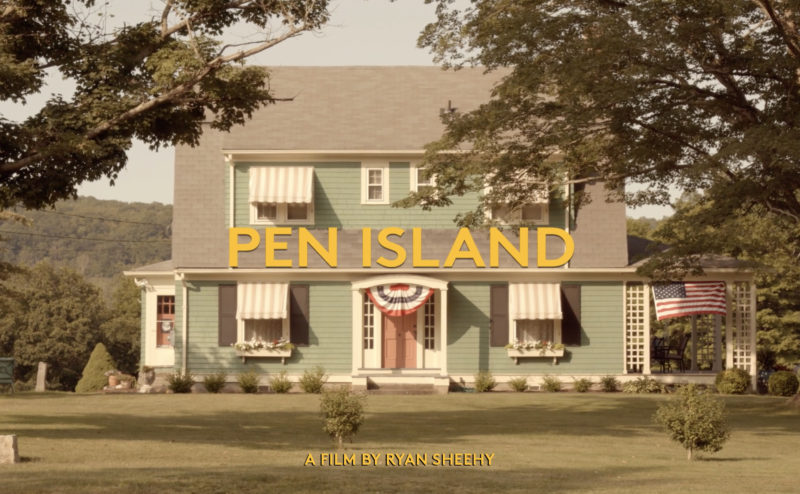 NewEnglandFilm.com talks with Ryan Sheehy about their film Pen Island, which screens in the 2020 Online New England Film Festival.

We caught up with filmmaker Ryan Sheehy about his latest film Pen Island which premieres at the 2020 Online New England Film Festival.

Ryan Sheehy: I was young and self taught. I learned filmmaking with VHS cameras and shooting films with my cousins and neighbors. Eventually, I did go to a 2 year film program, graduated, and continued my film career. I mostly worked with commissioned client projects for the last 7 years and have newly dived into my original passion of narrative filmmaking.

Sheehy: The film was inspired by unassuming loneliness. Even people with busy lives that are surrounded by people can still be lonely. I’ve always tried to use humor to deal with my own problems. So my hopes with Pen Island is that other people can feel less alone by relating to someone with the same problem.

Sheehy: All my friends helped me make this film. I can’t thank them all enough for lending their talents and time to this project.

Sheehy: Pen Island makes a statement about mental health, and how talking to people and being open about how you feel is very important. I believe that your mental health needs just as much care and keeping as your physical; I hope people take that idea away from watching my film.

Sheehy: I have a feature I’m writing inspired by my home town, as well as a documentary that I’m developing for streaming services. I can’t say much but I’m looking forward to the next year of creating!

Sheehy: Just do it. Don’t wait for the money, be selective with your actors but don’t worry about celebrities, and just send into festivals using film freeway. Get your work out there. You’ll never become a better filmmaker if you don’t constantly make films.

Sheehy: Look out for more originals coming from Sheehy.TV