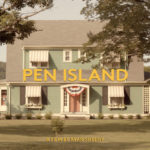 Tom Delancey is inches away from ending his life when he receives a call from Howard, a life assurance agent at Pen Island. After a free trial of their service, Tom finds friendship and regains his will to live.

Director(s) Bio:: Ryan Sheehy is a director, producer, and writer who specializes in character based films with heavy influence in music, cinematography, and production design.

for the laughs, premiere