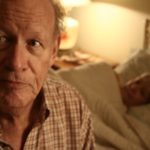 Arnold is retired and nearly broke. In order to help pay for his sick wife’s health care costs he smuggles prescriptions across the Mexico border with his best friend Rocky. But things go from bad to worse one night when the shipment is not what they expected.

Director(s) Bio:: Dave Wells was born in Cedar Rapids, IA. Before completing his MFA in Film at Boston University he attended Columbia College where he directed numerous theater productions. His interests include reading, sociology, politics and lately George Washington. 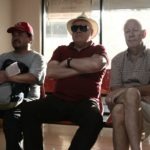