A young woman confronts her umbilical obsession with uncanny results.

Director(s) Bio:: Will Berry is an award-winning writer/director/cinematographer from Maine. In 2018, Will graduated Brown University with honors in both Modern Culture & Media and Literary Arts. His thesis film Off The Record (2018) received the Kenneth Baker ‘69 Memorial Honors Prize.

Financed by: Production Company, Grants/Scholarships, Other 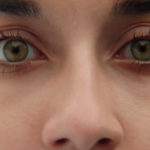