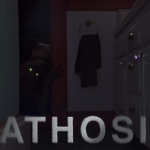 Pathosis is a short, psychological, horror film about a woman named Sam, who is visiting her soon-to-be mother-in-law with her fiance. Things begin to spiral out of control for her when she starts seeing a contorted figure following her around the house in the black of night.

New England Connection: Austin Bonang grew up in Wiscasset, Maine, spending the first 18 years of his life there. An avid Stephen King fan, his love of horror started at an early age. It wasn’t until later in life while working as a previs artist that he caught the “director bug” and decided he wanted to be a filmmaker.

Director(s) Bio:: Austin Bonang lives in Los Angeles, California. He’s worked in the film industry as a Visualization Supervisor on some of Hollywood’s biggest films such as Marvel’s Captain America: Civil War, Godzilla: King of the Monsters and X- Men: Days of Future Past, the latter earning him an award from the Visual Effects Society for Outstanding Virtual Cinematography in a Photoreal/Live Action Motion Media Project. His Directorial debut, horror film has been selected by five festivals and counting and earned a ‘Best 1st Time Filmmaker’ nomination from Horror Hound.

first time filmmakers, not as it seems, premiere, spooky stories 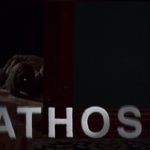 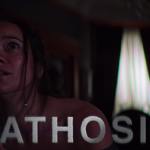