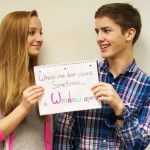 A heartwarming, teenage love story about trust and accepting others for exactly who they are. Noah begins to fall in love with his new neighbor Becky, only to find out she has a secret.

New England Connection: Writer/Directed/Editor Gina Catalfo Nelson was born in Maine and lives in New Hampshire. "Signing" was shot entirely in New Hampshire with a local cast and crew.

Director(s) Bio:: Gina Catalfo Nelson involved herself in the film industry at a young age as a production assistant and editing projects including the trailer for the 2006 short film “The Norman Rockwell Code,” a parody of “The Da Vinci Code.” This trailer was a launching point for Nelson’s career and helped the film land on The Must List in Entertainment Weekly. In 2008, she directed and edited her first music video for the Boston based band, “The Dejas.” She has worked on many projects including as Director of Photography and Editor of the Stemwinder Studios short film “Slam Man” which premiered at Boston Comic Con 2014.

Nelson is a 2nd Degree Certified Black Belt and has been an instructor of Isshin-Ryu Karate for 10 years, teaching former U.S. Marines, children and adults with disabilities, and students from ages 3 to 65+. She has education in Psychology and Digital Design, and is professionally educated in American Sign Language. 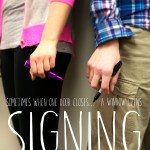