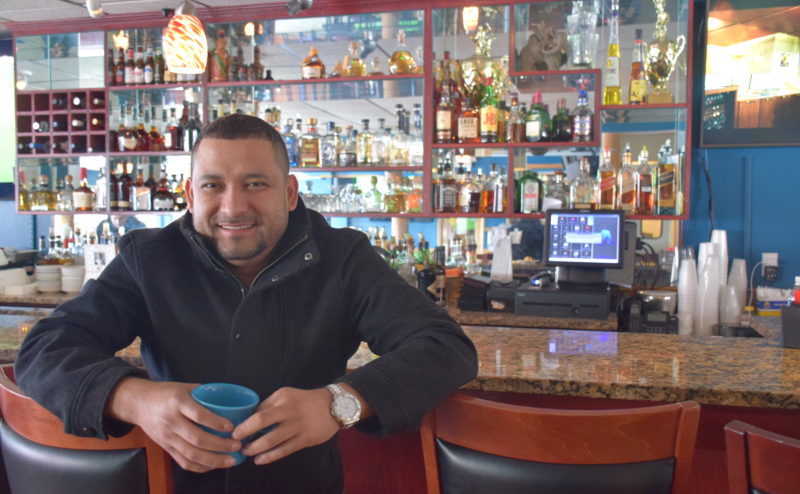 Lia Kornmehl's "Back of the House" gives a narrative to the vital work done by immigrants in the American restaurant industry.

NewEnglandFilm.com talks with Lia Kornmehl about her film Back of the House, which screens in the 2020 Online New England Film Festival.

NewEnglandFilm.com caught up with filmmaker Lia Kornmehl about her latest documentary Back of the House, which gives a narrative to the vital work done by immigrants in the American restaurant industry. The film has screened at numerous festivals and colleges across New England, and it is now screening on NewEnglandFilm.com as part of the Online New England Film Festival. Here, Kornmehl talks about the inspiration for the film and more.

Lia Kornmehl: I didn’t really know, and still don’t know, that I wanted to be a filmmaker. I had taken a photography class or two during my earlier years of high school, but I approached filmmaking less as a career and more as the best medium to share personal and poignant stories behind major public policies. I’m completely self-taught in terms of editing and the technical side of filming, but I’ve absolutely been inspired by the styles and techniques of many documentary filmmakers.

Kornmehl: Historically, immigrants have been marginalized and demonized because of fear and lack of education. Many immigrants come fleeing from countries ridden with abuse, crime, and corruption, where human rights are actually privileges. Yet still, the immigrants of my grandparents’ time and those of the 21st century have persevered, creating fulfilling lives for themselves and their families. They have contributed immensely in every field imaginable, yet are still talked about in derogatory ways, which undervalues what they bring to our economies, educational systems, and communities. I wanted to educate myself and others about the everyday lives of immigrants and provide a platform to share stories, personalities, and lessons. I loved, and still love, photography, and I figured that the best way to educate others was through film. And that’s how this project became a documentary.

Kornmehl: At first, I researched recent and historical immigration policies, statistics, and other black and white facts that were necessary in order to give me direction and questions. I then called and emailed every restaurant I could think of near me, and a few faraway ones too. When they either rejected my proposals or just didn’t respond, I emailed and called other places. For months. When I finally found people willing to speak, I knew I couldn’t just show up with a camera and expect them to immediately open up. Part of the reason this process took as long as it did was because I formed relationships with the people I interviewed. I spent weeks planning each interview, in which I personalized the questions and thought about the individual perspective that each person brought to the film. I always started out each interview by telling the interviewees about myself and having conversations without a camera. And after I explained what this project meant to me, I was privileged to hear about them, their families, their views on the past, and their hopes for the future. In addition to the immigrants, I also interviewed experts in law, policy, and history. They talked to me about what they did every day to give back to immigrant communities, and why immigration should be presented as an opportunity for America, not a threat.

Kornmehl: In the 2016 presidential election, immigration was one of the most controversial issues. Absolute, stereotypical, and insulting statements were made about the immigrant community, many directed towards Latinos and Hispanics. The “us versus them” rhetoric ran rampant among the country, even in Massachusetts, our supposedly “blue bubble.” And what really upset me about this issue was the fact that nothing seemed to have changed since the 1800s. This rhetoric has persisted in 2020, with immigrants often made the scapegoat for the perceived “faults” in our economic and political systems — systems immigrants only positively impact.

Kornmehl: It’s easy to appreciate the workers that you see: a concierge at a hotel, a waiter in a restaurant, or an architect of a building. But there is an entire legion of workers that we don’t see. We don’t see the dishwashers in the backs of kitchens who cut hundreds of carrots and onions so the chefs can make their signature dishes. We don’t see the construction workers who do the heavy lifting to build and repair the buildings all around us. It’s hard to appreciate the work of people who are invisible, who work early mornings and late nights at more than one job, and who don’t have titles or name tags or business cards. Someone once told me that immigrants are the secret sauce that makes this country great. And that comparison seems highly appropriate considering the topic of the film.

Kornmehl: My biggest advice is to trust your own judgment but not get tunnel vision. Throughout the entire filmmaking process, I received a lot of feedback from family and friends. I had to walk the fine line between understanding their critiques and keeping my own vision for the project clear. Once the film was finished, I was initially scared to submit it to festivals. As a novice filmmaker, I was worried that I would get a slew of rejections and the people I worked with wouldn’t have the opportunities to share their voices with a larger audience. I got many (many) rejections, but I kept submitting and sharing the film and trusted the process.

Kornmehl: In the spring of 2019, I finished my second film, Commitment: Coming Out, Staying Out, and Building Family Over Decades, a compilation of stories from eight older members of the LGBTQ+ community about their experiences coming out in a much less progressive America, staying out in that society, building families among political turmoil, and moving forward today. Commitment features David Wilson and Rob Compton, who had the first church-sanctioned, state-sanctioned same-sex wedding in Massachusetts and the United States and the reverend, Rev. Kim Crawford-Harvie, who married them at the Arlington Street Church in Boston, MA. Jon Andersen-Miller, Yi Zheng, Marc Willems, Mary Leno, and Chris Cobb share their perspectives on the generational shifts in the fight for racial, economic, and political equality for LGBTQ+ identifying people and what needs to be done next to achieve justice and freedom for all.

Back of the House screens at the 2020 Online New England Film Festival at NewEnglandFilm.com.