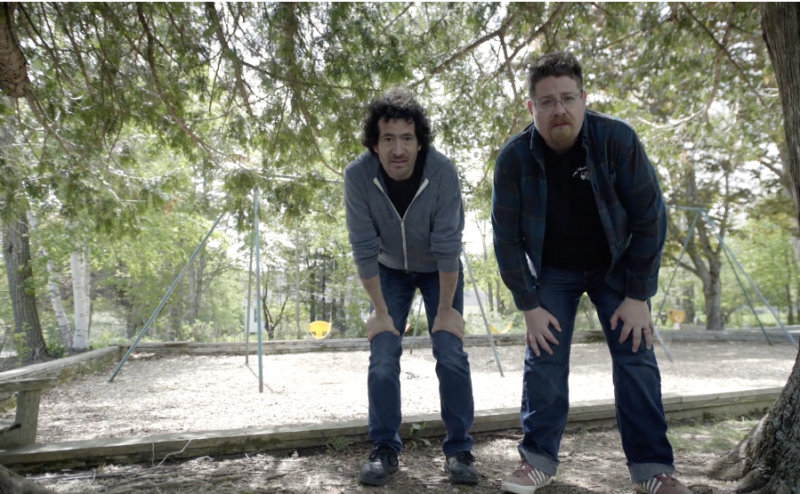 NewEnglandFilm.com talks with Jim Picariello about his film Passive Aggressive Dads which screens in the 2020 Online New England Film Festival.

No one could accuse filmmaker Jim Picariello of being ordinary. He and his wife built their home in Maine, themselves, while they lived in a shed. And he used to be a public speaker about the dangers of cults and cult mind control. NewEnglandFilm.com caught up with Picariello about his latest dark comedy short Passive Aggressive Dads. Inspired by his own journey through fatherhood, the film screens at the 2020 New England Film Festival.

NewEnglandFilm.com: When did you know you wanted to become a filmmaker? And how did you learn to make films? Did you just start doing it or did you go to film school?

Jim Picariello: I wanted to be a filmmaker since I was 10, when I made and edited films on my Super-8 camera. No one helped guide me in that direction and only rediscovered it in my 40’s. I am self-taught by reading books, screenplays, and regularly listening to the Scriptnotes podcast.

Picariello: This is a revenge fantasy that I retold myself for years, as I endured the boredom of endlessly pushing my daughters on the swings.

Picariello: The film has played in 23 festivals, including BFI London, Nantucket, Sedona, SOHO, SENE, and Breckenridge.

At my first showing, at the Beaufort International Film Festival in 2019, I realized I’d never tested the film with an audience, and 90% of the 400 audience members were southern retirees, and this film is a bit dark. Their continuous waves of laughter put me at ease and I won the festival for Best Comedy, even up against features!

Picariello: The main cast was myself, a friend of a friend, and neighborhood kids. It was truly a community effort.

Picariello: It’s ok not to age gracefully, especially when youth are rubbing their enjoyment of life in our faces.

Picariello: Just make the films with whatever you have on hand. There is no reason not to be making films whenever you can and you will learn so much just by making fun little movies. And attend film festivals and hang out with the filmmakers and screenwriters. The Austin Film Festival Writer’s Conference is especially good for that. Build your community and ask them lots of questions as you go.

Picariello: I’m in pre-production for two films: an animated short film, Ninja Chiropractor, and a dark short film about white privilege, The Privilege is Mine. I’m also rewriting a dark rom-com feature screenplay, The Cult of Us, which is about two people who fall in love as they try to save the other from their respective cult.