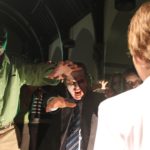 It’s the night before his First Communion, and Liam, a skittish Catholic boy, is having trouble grasping the concept of the ritual. His parents will only tell him that he is going to eat Jesus’ flesh and blood, and his disillusioned older sister only offers that it’s a horrible experience he’ll never forget. But when Liam happens to catch her watching Night of the Living Dead, everything starts to make sense to him: First Communion is really a zombie initiation rite. Now, Liam must find a way to escape this depraved ritual while facing increasingly bizarre visions involving his family, zombies, and Jesus himself.

New England Connection: Flesh Eaters was born and raised at Boston University. Jason Hellerman developed and wrote the script while earning his MFA in Screenwriting at the school, and director Matt Hollis-Lima took the project from pre-production to final cut while earning his MFA in Film Production at BU. The crew was largely composed of Boston University students, many of whom continue to live in the area well after graduation. The cast consisted of New England locals hailing from areas like southern Maine, metro Boston, and Cape Cod. Flesh Eaters was shot entirely in the greater Boston area.

Director(s) Bio:: Matt was born to an American mother and a Brazilian father in Campinas, Brazil. Seeking better educational opportunities for their child, Matt’s parents soon transplanted him to the equally exotic land that is Long Island. There he grew up learning how to run cables and label VHS tapes like a pro by assisting his father with his local video production business.
After high school, Matt made the far less dramatic transition to Boston. He earned a BA in Film Studies and English at Boston College and, after a quick ride down the MBTA B Line, he picked up an MFA in Film Production at Boston University.
During grad school, Matt interned at Finish Post, a Boston post-production company. After many flawless lunch runs, he was hired as an office manager. During a stint in Los Angeles, he dipped his toe into television development by working for producer Sam Sokolow, and he learned the finer points of advertising production while working at Slim Pictures.
Now a card-carrying Bostonian and an aspiring filmmaker, Matt does freelance production work and is a manager of Boston University’s film equipment rental center. 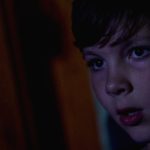 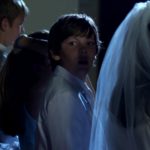