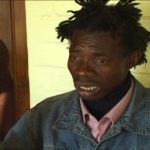 Though it has been over a decade since South Africa has become a free and democratic country, human rights violations still occur. Forced evictions of informal settlements, reminiscent of those that occurred during the apartheid regime, have uprooted people from their homes and displaced them in distant locations. Alfred ‘General’ Moyo is one of these evicted persons who have become a part of the Landless People’s Movement in an effort to resist the unlawful and unconstitutional removal of settlements in the Johannesburg area by the provincial government.

New England Connection: David Yim was born and raised in Westford, Massachusetts and has traveled throughout New Hampshire and Vermont.

Director(s) Bio:: Dave Yim is a recent graduate of New York University's Tisch School of the Arts. He grew up in Westford, Massachusetts, and first became interested in making movies while in high school. Over his four years at NYU, Dave refined his skills as a filmmaker in the classroom as well as on the streets of New York. In school, he was an active writer, narrative and documentary director, picture and sound editor, producer, and music composer. After studying in South Africa, he became increasingly interested in documentary film and its ability to
invoke social change. Dave’s projects have taken him across the United States; as well as to Hong Kong, China, and South Africa. He hopes to continue to explore the world as part of his work with the desire to give a voice to people who are not traditionally a part of the mainstream media. 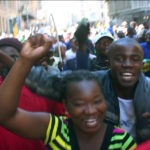