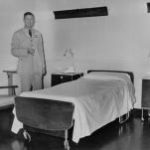 JFK handles a scandal over some pricey bedroom furniture in the last summer of his presidency.

Director(s) Bio:: Scott’s films have screened in festivals across the globe, including Sundance, Tribeca and Rotterdam Film Festival, as well as in such diverse locations as South Africa, Switzerland and an abandoned World War II bunker in Italy. His movies have also been featured on websites such as Comedy Central, The Atlantic Monthly, Boing Boing, Dangerous Minds, Retronaut and VICE.
He holds an MA from City University, London in International Journalism and was once paid to curse on the BBC.
Currently he resides in Leith, Scotland. When he isn’t conducting Trainspotting tours, he serves as video production lead for GFI MAX Software. 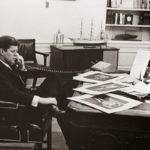