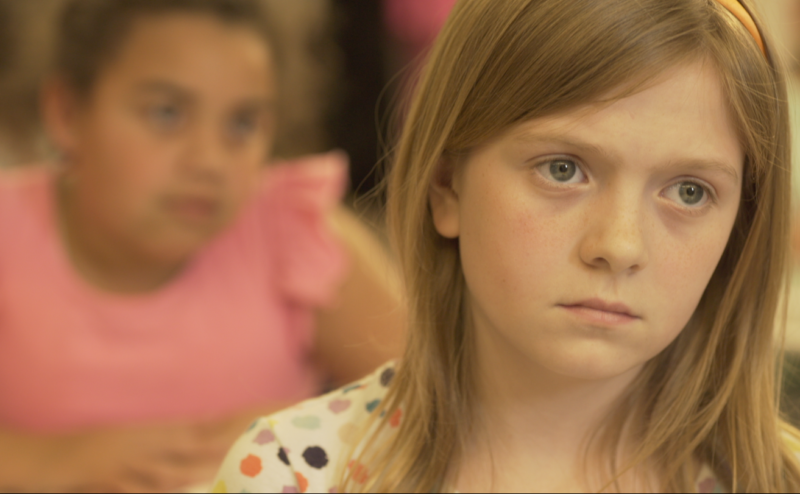 We discussed the polarizing issues covered in the film Somewhere in July with filmmaker Laina Barakat.

Somewhere In July follows 10-year-old July, caught in the chasm of a family divided over her father’s recent transition into womanhood. Filmed stylistically from the perspective of the child, the story captures the innocent and pure love of a child, at play with a harsh and confusing world. July is forced into an adult world of politics and morality when she just wants her family back.

We discussed Somewhere in July with creator Laina Barakat, an independent filmmaker who has worked as producer on numerous award-winning films. She is the founder of Wayward Ark Productions, which is dedicated to telling honest stories through unorthodox methods of filmmaking.

Laina Barakat: I realized during my junior year studying philosophy at a university that I wanted to be a filmmaker. Rather than starting all over again with college, I decided to graduate, and then cut my teeth with a company I believed in. I moved to NH a year and half later to intern with Either/Or Films and ended up working with them for about eight years. While there, I learned a lot about writing and directing and produced my first feature film, Only Daughter.

After a year working with Kingston Road Pictures, I started my own film company in 2016, Wayward Ark Productions, to make my directorial debut.

NewEnglandFilm.com: How did the idea for this film develop?

Barakat: Somewhere In July was commissioned by a project called 8 Beats which created an anthology loosely based on the eight Beatitudes. For Somewhere In July, we were asked to create a film inspired by the “blessed are the persecuted…” beatitude. It seemed like a story crossing political divides — where we navigate the responsibility of family and friends to each other when faced with polarizing issues — would be the best place to start. I was drawn to the project because I liked the idea of taking a politically charged topic, particularly in the current climate, and trying to transcend the matter at hand. Trying to rise above who is right or wrong and get at the heart of humanity and what love looks like.

NewEnglandFilm.com: How did you find your cast and crew for the film?

Barakat: I cast as many talent and crew as locally as possible, and then brought my cinematographer in from Toronto: Dave Leross, who had been part of 8 Beats since its inception, and actress Joslyn DeFreece in from NYC after seeing her incredible work in Carl(a).

Barakat: My feature film Light Attaching to a Girl, which was filmed in Iceland, is about to start its festival tour later this year.

Meanwhile, I am developing my next two feature films at the moment. Our Lady is a magical realist piece set in Panama that I’m just about ready to fundraise for. I am also in the early draft phase of To See a Girl, a love story about two people with disabilities. Both of these scripts are being cowritten by Sarah Sandback, and we are very lucky to be working with Buzz McLaughlin as our Script Consultant.

In addition, in September I have two short films I will be filming with cinematographer Dave Leross.

Somewhere in July is available for screening now through October 14 as part of the 2019 Online New England Film Festival.