Somewhere In July follows a 10-year-old girl, caught in the chasm of a family divided over her father’s recent transition into a woman. Filmed stylistically from the perspective of the child, our story captures the innocent and pure love of a child, at play with an at times harsh and confusing world. July is forced into an adult world of politics and morality and with all of these pressures and new, mostly negative social attention, she just wants her family back.

Director(s) Bio:: Director, Writer, Producer Laina Barakat is an independent filmmaker who has worked as producer on numerous award-winning films. She is the founder of Wayward Ark Productions, which is dedicated to telling honest stories through unorthodox methods of filmmaking. With a focus on untold stories, women in the industry, and New Hampshire productions, Wayward Ark Productions offers opportunities to empower both female and New Hampshire filmmakers and students both behind the camera and on screen, sharing narratives that are often overlooked or under-appreciated by an entertainment driven industry.

As part of her company, she has written, directed, and produced four short films (Glowworm, Somewhere In July, Things We Say, and The B Movie) picking up awards including the Judges Award at Iron Mule Short Comedy Film Screening, Audience Choice Award at MONIFF, Best NH Performance at NH Film Festival, and Best Shorter Comedy at London Worldwide Short Comedy Film Festival.

Her feature film, "Light Attaching to a Girl", a fusion of narrative and documentary filmmaking shot in both Iceland and New Hampshire, is currently in post-production. She has recently completed her next feature length screenplays, "Our Lady," which stars a Panamanian majority cast & crew, slated to be filmed in Panama sometime in 2021, and "To See a Girl", a love story about two disabled teens which will enter pre-production just after the new year.

Barakat also co-founded and was Executive Director for the Monadnock International Film Festival during its first three years. She currently lives in Marlborough New Hampshire and while balancing her film pursuits, she is the General Manager of 54 year old organization, Monadnock Music. 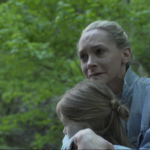