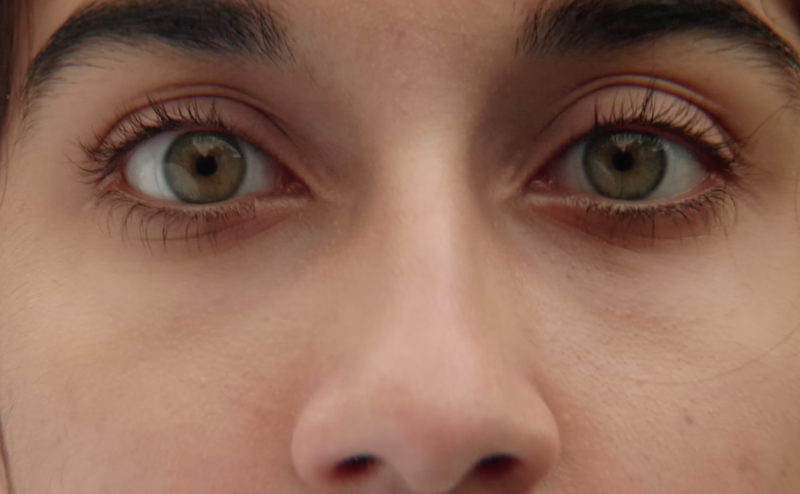 We interviewed filmmaker Will Berry about Omphaloskepsis, his short film inspired by an absurd-sounding word.

Omphaloskepsis. A real word meaning “the contemplation of one’s navel.” Also a short film by Will Berry, depicting a young woman who confronts her umbilical obsession with uncanny results.

Omphaloskepsis has been screened at the Maine International Film Festival, the New Hampshire Film Festival, and SENE Film Festival. At each screening, filmmaker Will Berry enjoyed hearing the audience try to pronounce the title (it’s äm(p)-fə-lō-ˈskep-səs, by the way). We caught up with Berry about the making of what he and his crew lovingly called “that belly button movie.”

Will Berry: When I was in fourth grade, I got mononucleosis (don’t ask. I don’t know how). Stuck at home, I started creating stop-motion animations. From there, my interest in visual storytelling took off.

NewEnglandFilm.com: What inspired the film?

Berry: “Omphaloskepsis” is, indeed, a real word. I wanted create a film that felt equally absurd.

Berry: The cast and crew for Omphaloskepsis was composed of students participating in Brown Motion Pictures — the all-student film club at Brown University.

Berry: Currently, I’m writing a feature that I plan to direct next year. “About what?” you ask. So do I.

NewEnglandFilm.com: Do you have any advice for other filmmakers?

Omphaloskepsis is available for streaming now through October 14 as part of the 2019 Online New England Film Festival.